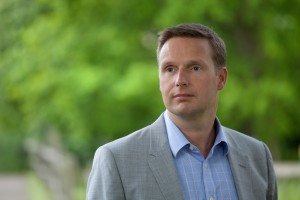 Kites was established 20 years ago and includes two residential homes, school and aftercare services for adolescent boys aged 12-17 who have exhibited or been prosecuted for harmful sexual behaviour. All the adolescents receive a comprehensive assessment of risk and therapeutic need followed by intervention in a therapeutic setting.

Palmer qualified as a social worker in 1997 and after three years working in a local authority, worked for the NSPCC in a project for young people with HSB. He studied for an MA where his dissertation was on the subject of sibling incest and multi-agency responses and Palmer then joined Kites in 2002, rising to director. He also set up Mosaic Foster Care which provides solo therapeutic foster placements.

“There is currently no national strategy for working with children with HSB. The NSPCC, Barnardo’s and Action for Children do a lot of work in this area, some local authorities have specialist projects and then there are private providers like ourselves, so it’s a real patchwork across the country. There definitely needs to be a clearer national strategy so that children get the service they deserve,” said Palmer.

While the adolescents are aged between 12 and 17, often many have displayed sexualised behaviour in younger years while pre-pubescent. However once puberty kicks in with hormones, body changes and learning more about sex the behaviour becomes more evident. The rise of the internet with easily accessible pornography distorting teenagers’ views on sex and relationships is also a key factor.

“Often there are a number of factors which come together to form the aetiology of the young person’s behaviour. Research suggests there is a significant link between adolescents experiencing or witnessing domestic violence and going on to sexually abuse. The young people we see tend to be socially isolated and socially awkward – learning difficulties, autism and Asperger’s can often be evident. They often come from dysfunctional backgrounds and often grow up with a distorted view about sex and relationships,” explained Palmer. “Add their own sexually abusive experiences and the instant access to the internet where they can see a diverse range of sexual behaviour, in video, in high definition and with sound; this put into the mix with these children has to have a degree of influence.” Indeed, in a survey carried out by the NSPCC https://www.nspcc.org.uk/services-and-resources/research-and-resources/2016/i-wasnt-sure-it-was-normal-to-watch-it/ published last month, it emerged that 94 per cent of young people had seen pornography by the age of 14. Just over half of boys (53%) believed that the pornography they had seen was realistic, more than a third (39%) of 13-14 year-old boys wanted to emulate the behaviour they had seen and the charity warned of young people becoming desensitised to online porn.

The harmful sexual behaviour can emerge in several forms, explains Palmer. While cases are often intra familial and involve siblings abusing younger brothers or sisters, it could also occur among peers or in babysitting situations.

“Intra-familial abuse can go on for many years where the abuse starts when the victim is six or seven. It is not until the victim hits puberty and learns more about sex through PSHE lessons that they realise their experience isn’t right. What strikes me is that the perpetrator often gets a significant response; they may be get moved out of the house and may face charges and are potentially placed into a residential unit or work with a specialist project. However, there tends to be very few special projects focusing on the victims’ experience. Victims are often referred to CAMHS, face a wait for treatment, and often they find it difficult to talk about their experience and then there is no further action. A joined up approach working with perpetrator, victim and parent’s capacity to protect is vital to facilitate healing within the family system.” said Palmer.

“It is possible that things can be put right in families, but there is more hope if both the victim and perpetrator and parents get support. Victims need acknowledgement, not silence and it needs very careful management,” he added.

A robust assessment is key, says Palmer, and practitioners need excellent interviewing skills. Adolescents, particularly boys, are not great at talking about their feelings, even more so when talking about sex and a sexual crime involving them, so practitioners need to be skilled. Within Kites the adolescents have six to eight sessions where a therapist tries to ascertain the extent of the issues and gather background information, and then using a structured clinical judgement tool (ERASOR – Estimate of risk of adolescent sexual offence recidivism) that looks at nine static risk factors in the abuse background and 16 dynamic risk factors, they look at ‘how’ it happened using cognitive behavioural techniques and ‘why’ it happened with reference to complex and deep-seated psychological, emotional and development issues.

Staff at Kites operate a traffic light system whereby adolescents categorised as ‘red’ are not allowed any unsupervised time, they are not allowed on the internet and have little independence. When they move to ‘amber’, they may be allowed some unsupervised time. Those classified as ‘green’ are able to act as a typical adolescents and may even go on to live independently in a flat supported by Kites where they would still receive 20-30 hours support each week from a key worker and intervention from a therapist.

As with other types of establishments where you have like-minded people mixing together, there is “definitely a risk” that it could impact negatively on some of the individuals: a deterrent for sending young people to jail is that they are incarcerated for a minor offence and come out with a range of criminal skills after mixing with other inmates. Palmer says Kites has to be a “tightly run ship” with CCTV in communal areas and open channels of communication if staff pick up on unhealthy relationships forming or concerns arising. The matching process of individuals within the house is carefully managed.

The boys usually stay in the house for a minimum of two years, sometimes up to four years. All are referred and funded by the local authority who are happy to fund if they are in a stable placement and receiving treatment although they do like a definite plan to be in place by the time the young person is between 16 and 18. Some boys may go to Kites if social workers have decided it is best for the child to be removed from the family following intra-familial abuse or as a result of a prosecution. Some adolescents may be under a supervision order and often there are conditions attached such as signing on to the Sex Offenders’ Register or Sexual Harm Prevention Orders.

Some may go to foster care if their behaviour didn’t warrant a residential stay and sometimes those in residential care move to foster care after the two years, still seeing their key worker and therapist for continuity, but not requiring as strict supervision. During this time, the therapists work to get the ERASOR dynamic risk factors reduced and in the general population of those caught for HSB recidivism rates are between five and 12 per cent meaning the vast majority of adolescents who display sexually harmful behaviour or who are prosecuted for it do not go on to re-offend. For those who receive treatment the recidivism.

There is no definitive data on the prevalence of HSB. Figures from police forces in England and Wales show that 4,209 children and young people under 18 were recorded as perpetrators of sexual offences against other children and young people in 2013-14. Older figures from the Home Office indicate that 20 per cent of those found guilty or cautioned for a sexual offence in England and Wales were under 18. The Parliamentary Inquiry heard that research has generally indicated that around a third of incidents of sexual abuse involve children or adolescents as perpetrators although some UK studies (including the biggest conducted into victimisation in this country so far) have suggested that the proportion may be significantly higher with one study estimating that up to 65 per cent of sexual abuse experienced by children under 18 is perpetrated by someone under the age of 18. There is also naturally under-reporting in this area due to the nature of the crime.

There is also a sense that HSB is “getting worse” and Palmer says while this could be the case, especially with easier accessibility to online pornography having an impact, there is also greater recognition following the high-profile CSE cases in Rotherham.

Palmer says that Kites does not have figures for success as a) to what extent could you attribute any success to the treatment programme and b) how do you know if people have re-offended if they haven’t been caught? That is why the organisation is introducing reunions where staff can meet adults who previously stayed in the house as an adolescent for treatment to see how successful their lives are post-Kites. However Palmer says that while it can be difficult to break cycles of offending among adults in their 30’s or 40’s who may have been offending for 10 years or more, there is a huge capacity for change with an adolescent. “If you can harness that, there is a real chance for change,” he concluded.

Analytics cookies help us understand how our visitors interact with the website. It helps us understand the number of visitors, where the visitors are coming from, and the pages they navigate. The cookies collect this data and are reported anonymously.

Preference cookies are used to store user preferences to provide them with content that is customised accordingly. This includes the language of the website or the location of the visitor.

Advertising cookies help us provide our visitors with relevant ads and marketing campaigns.